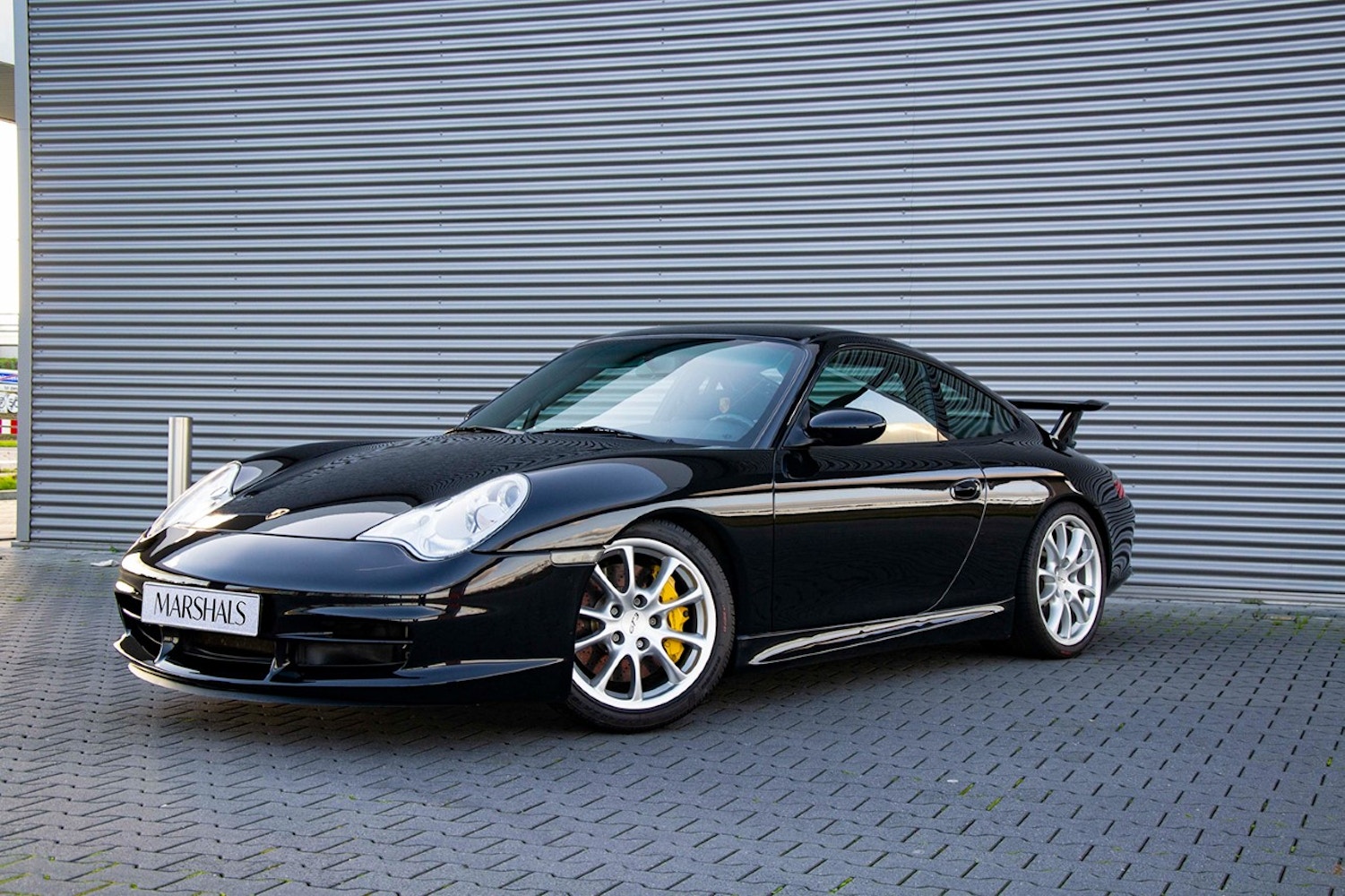 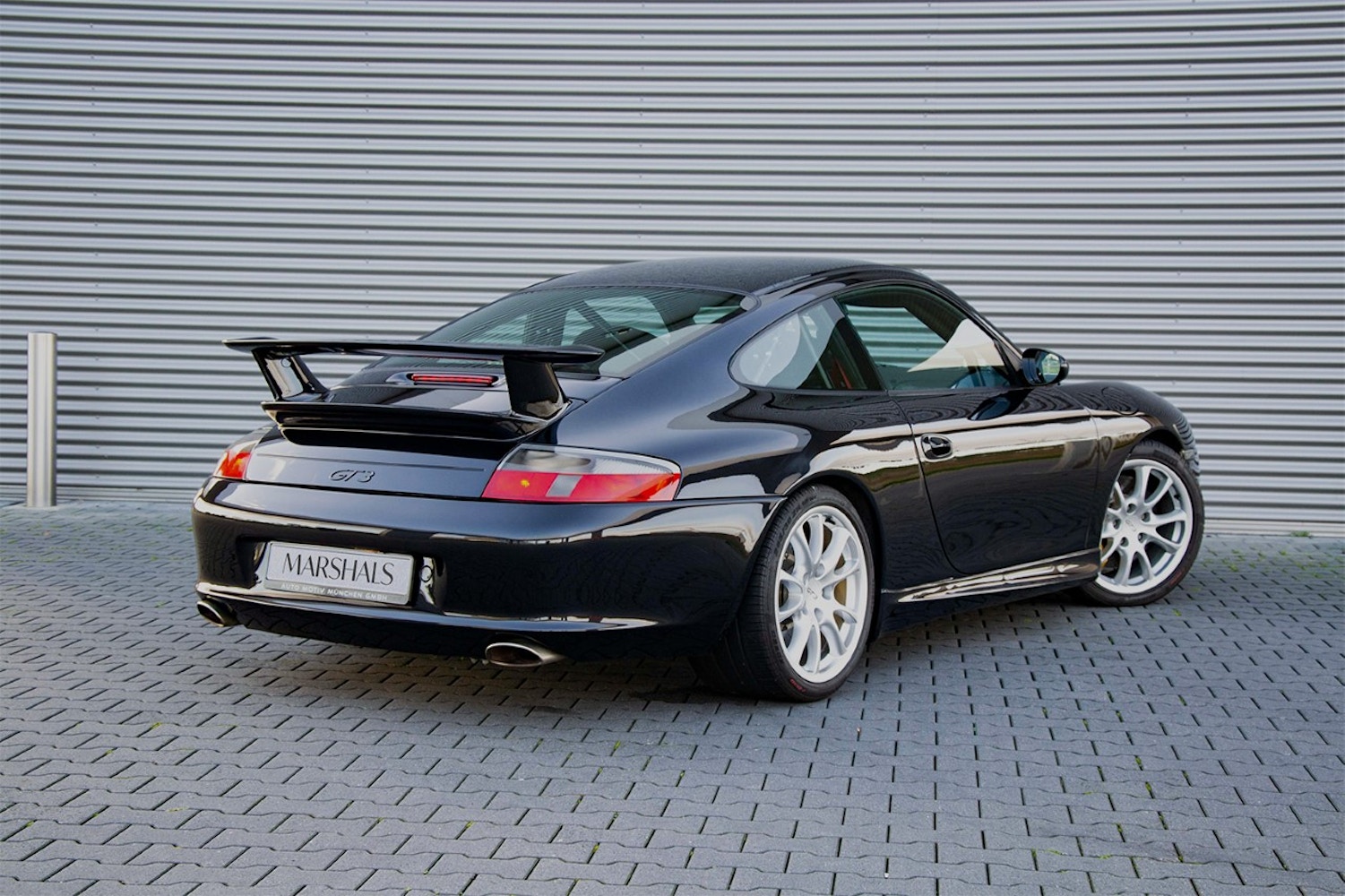 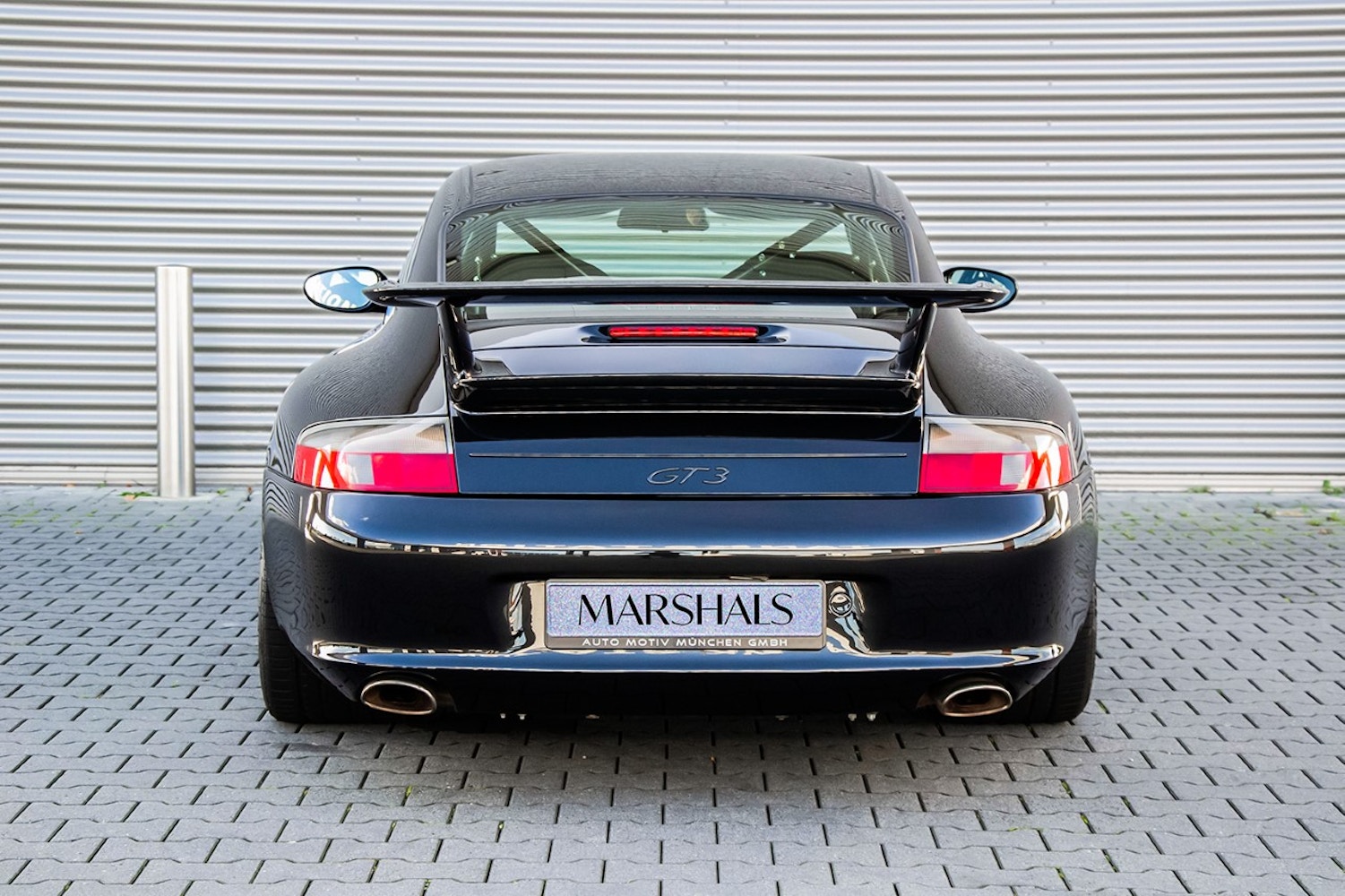 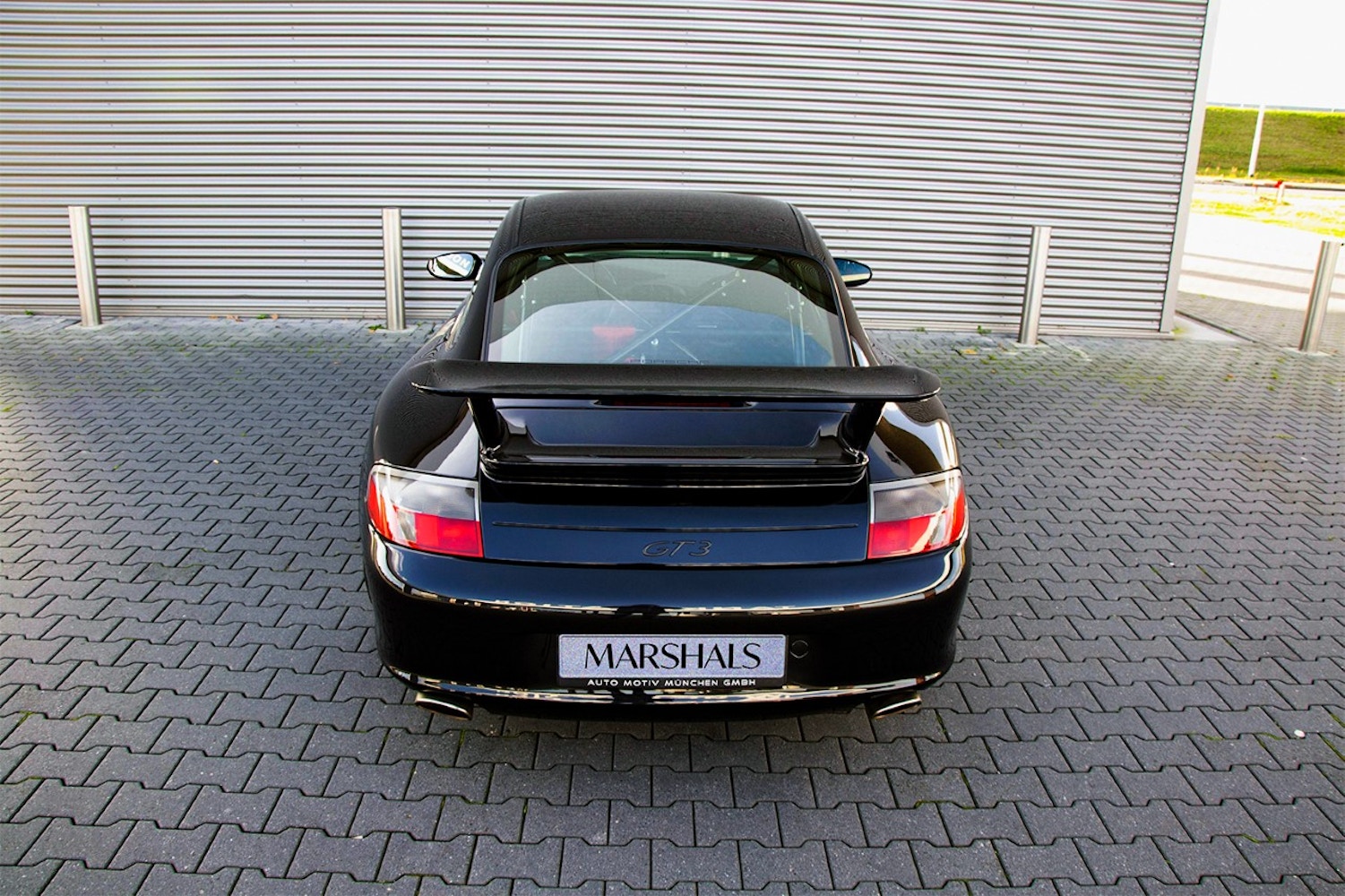 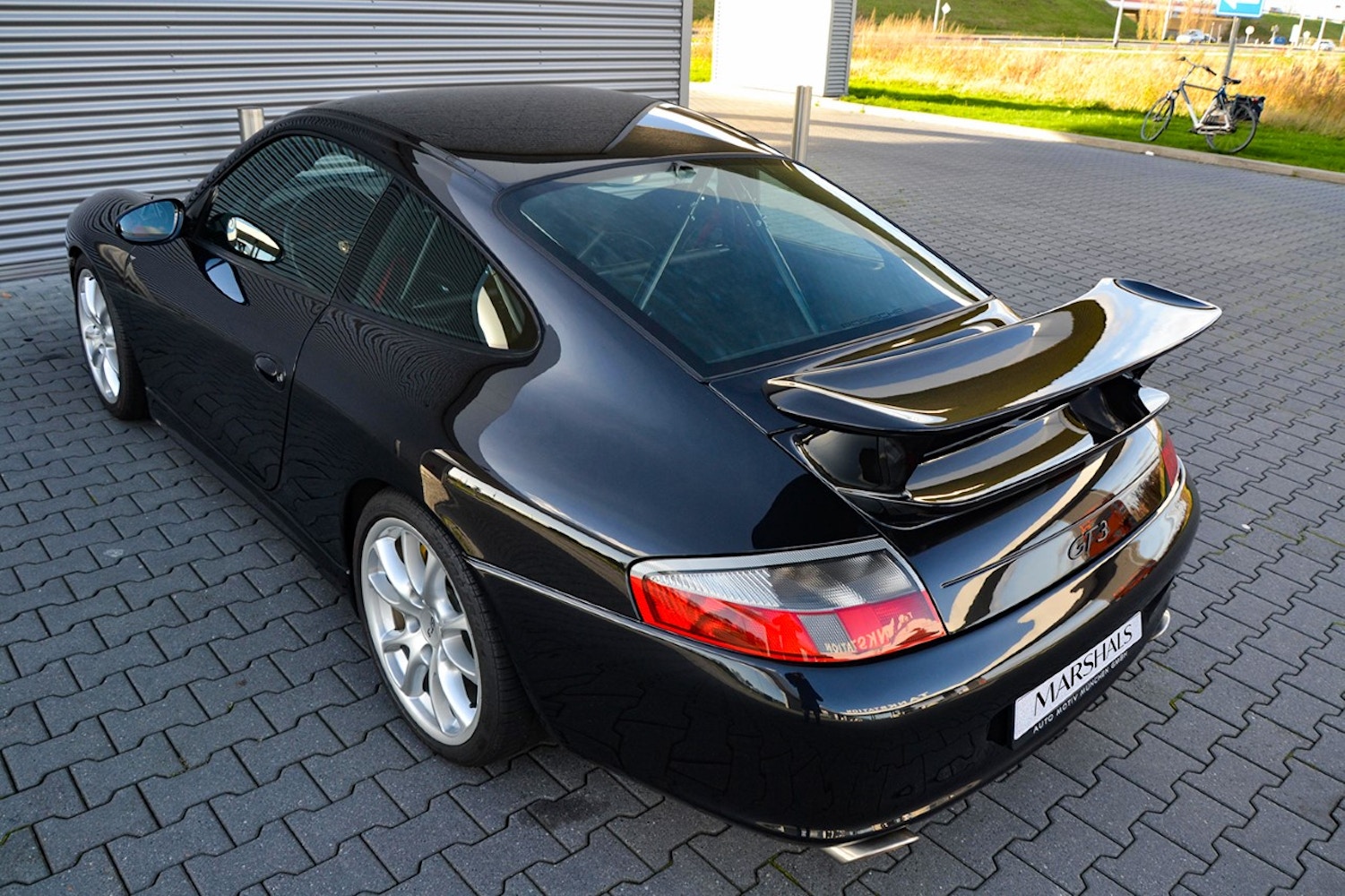 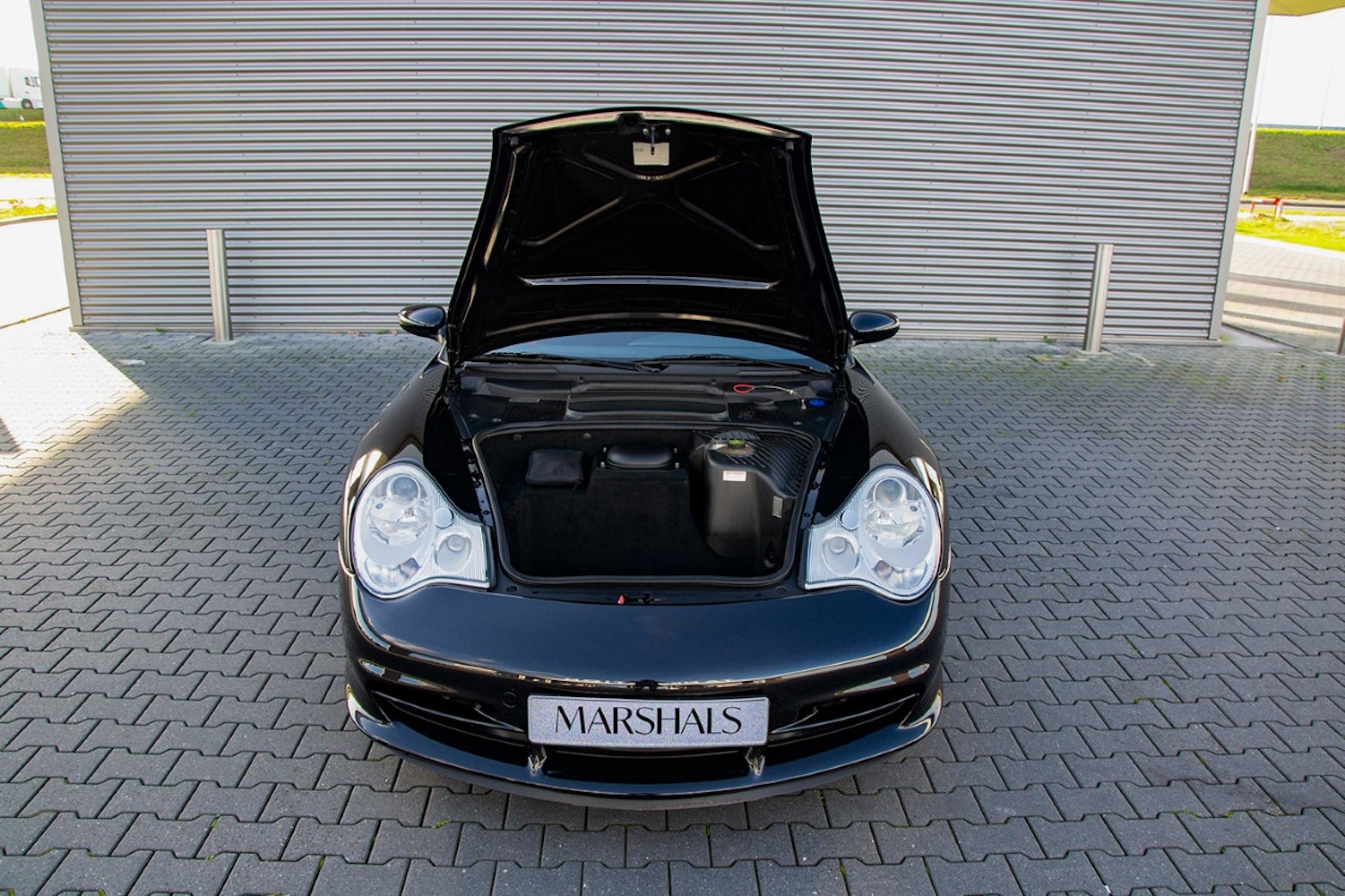 The 996 GT3 turned out to be a sensation immediately upon its introduction in 1999. It was initially announced that production would be limited to 1,100 units. Under heavy pressure from the market, especially from the USA, this was eventually expanded to 1,868 units. After more than a year, the car was already sold out. The most special thing about the Mk1 is that this car is the last 911 street version that was built entirely by hand at Porsche MotorSport in Weissach. The 996 Mk2 and all later versions rolled off the production line at the factory in Zuffenhausen. A little weight was saved by removing the rear seats and part of the interior trim. That saving was then completely canceled out by the new engine, which eventually made the car 30 kg heavier.

Remarks:
This car is equipped with a roll cage including the original Porsche GT3 racing seats, this car is a real driver’s car and has few tools.

The car has always been dealer maintained, the complete documentation of the car is available.
Please send a message if you want to view it.

The history of the car begins in Greece, where this car has been driving around for its first years, then the car came to Germany and the current owner bought it from here. The car has not been driven much in recent years. The car has been in the garage a lot of mister, the car has driven a few pieces at the weekend in recent years, mister has the car mainly for an occasional ride, but is especially very happy with the possession. The car has been in the family’s possession for 5 years now, but the time to say goodbye has arrived, this car is really as driving a car should be, the car has few driver assistance systems and is therefore a pleasure to drive. But it is also unpredictable and that makes this car so much fun according to the current owner.

Ready to get started? Register for free! Register now!
Receive promotions and stay updated with all of the good stuff!
You successfully bid

Cookies make our site work properly and securely. By allowing us, you will get the best user experience.